June 15, 2011
this is a very simple cake ... i found the recipe on facebook for some sisters and i like the look of it so i gave it a try ....but it has been a long time since i made it and now with my daughter wanting to learn to make cakes i thought what a good chance to teach her this 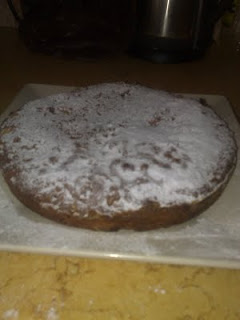 now one thing i will say is i have made this two ways ... the first time i just added extra flour as i found the amount to small ..... and today i just doubled up on the ingredients .... so my verdict ....todays was much better .... the only thing i wouldn`t do is double up on the salt and bio crab as i think it would be too much 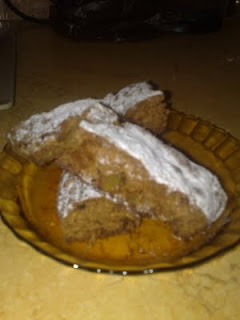 
i added some raisins to mine as well


mix apple and sugar together and leave for 15 mins


then add oil and eggs to it and mix


siff flour ...cinnamon... bicarb... and salt to the mixtuer and mix well


pour into a greased tin