July 31, 2011
so even tho it hasnt been announced here yet in algeria but the feeling is that ramadan is tomorrow .......

Allah's Apostle said, "When the month of Ramadan starts, the gates of the heaven are opened and the gates of Hell are closed and the devils are chained." [Bukhari] ...

Narrated Abu Huraira(r.a): The Prophet said:"... whoever fasts during Ramadan out of sincere faith and hoping to attain Allah's rewards, then all his past sins will be forgiven." (Sahih Al-Bukhari).

"Ramadan is the (month) in which the Quran was sent down, as a guide to mankind and a clear guidance and judgment (so that mankind will distinguish from right and wrong).." (Q 2:183)

"Oh you who believe! Fasting is prescribed to you as it was prescribed to those before you, that you many learn piety and rightousness" (Qur'an, al-Baqarah, 2:183) 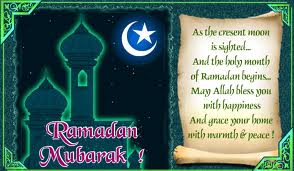 The Messenger of Allah (may Allah bless him and grant him peace) addressed his companions on the last day of Sha`ban, saying, "Oh people! A great month has come over you; a blessed month; a month in which is a night better than a thousand months; month in which Allah has made it compulsory upon you to fast by day, and voluntary to pray by night. Whoever draws nearer (to Allah) by performing any of the (optional) good deeds in (this month) shall receive the same reward as performing an obligatory deed at any other time, and whoever discharges an obligatory deed in (this month) shall receive the reward of performing seventy obligations at any other time. It is the month of patience, and the reward of patience is Heaven. It is the month of charity, and a month in which a believer's sustenance is increased. Whoever gives food to a fasting person to break his fast, shall have his sins forgiven, and he will be saved from the Fire of Hell, and he shall have the same reward as the fasting person, without his reward being diminished at all." [Narrated by Ibn Khuzaymah]
It is called the night of Power (i.e Laelat-ut Qadr) or the night of blessing (Laelat-ul mubarak). The deed in this night is better than the rewards of deeds of 1,000 months (about 83.3 years).

Abu Said al-Khudri reported that the Messenger of Allah, said: "No servant fasts on a day in the path of Allah except that Allah removes the hellfire seventy years further away from his face." This is related by "the group," except for Abu Dawud.

`Abdullah ibn `Amr reported that the Messenger of Allah, salla Allahu alaihi wa sallam, said: "The fast and the Qur'an are two intercessors for the servant of Allah on the Day of Resurrection. The fast will say: 'O Lord, I prevented him from his food and desires during the day. Let me intercede for him.' The Qur'an will say: 'I prevented him from sleeping at night. Let me intercede for him.' And their intercession will be accepted." [Ahmad] 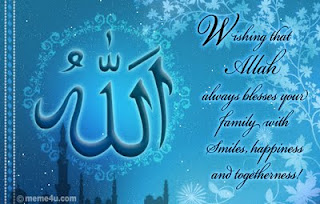